Harley Davidson showroom stands out from the crowd with Granite® HDS

The Harley Davidson showroom in Auvergne (France) makes maximum use of a vibrant pre-painted steel – Granite® HDS – to draw in customers. The building is one of the most important Harley Davidson showrooms in Europe and needed to be approved by the head office in the United States before the design was finalised. The result is a landmark representation of the company's identity. 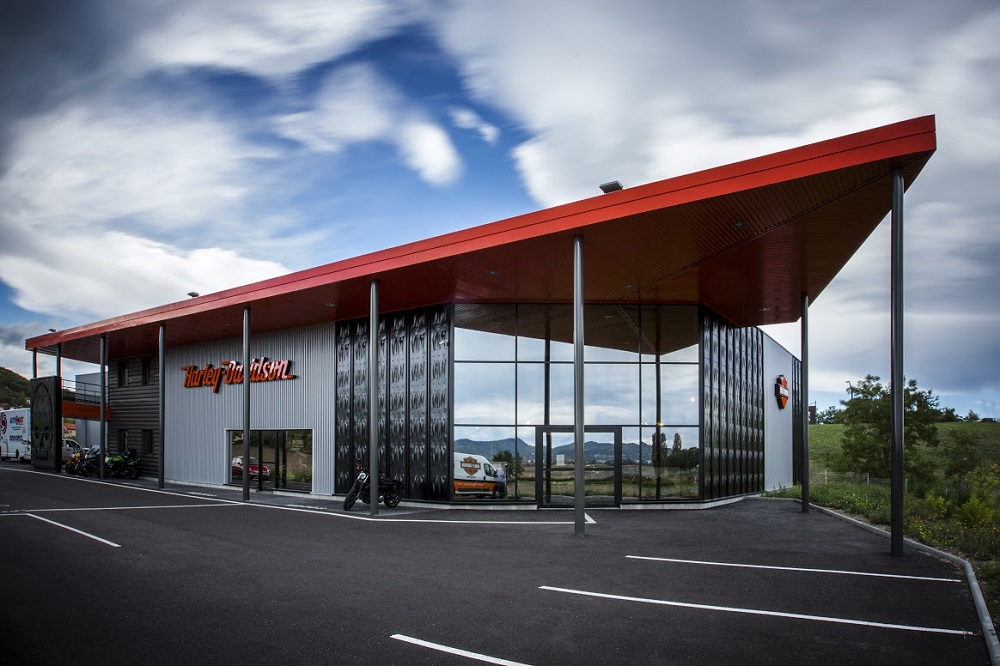 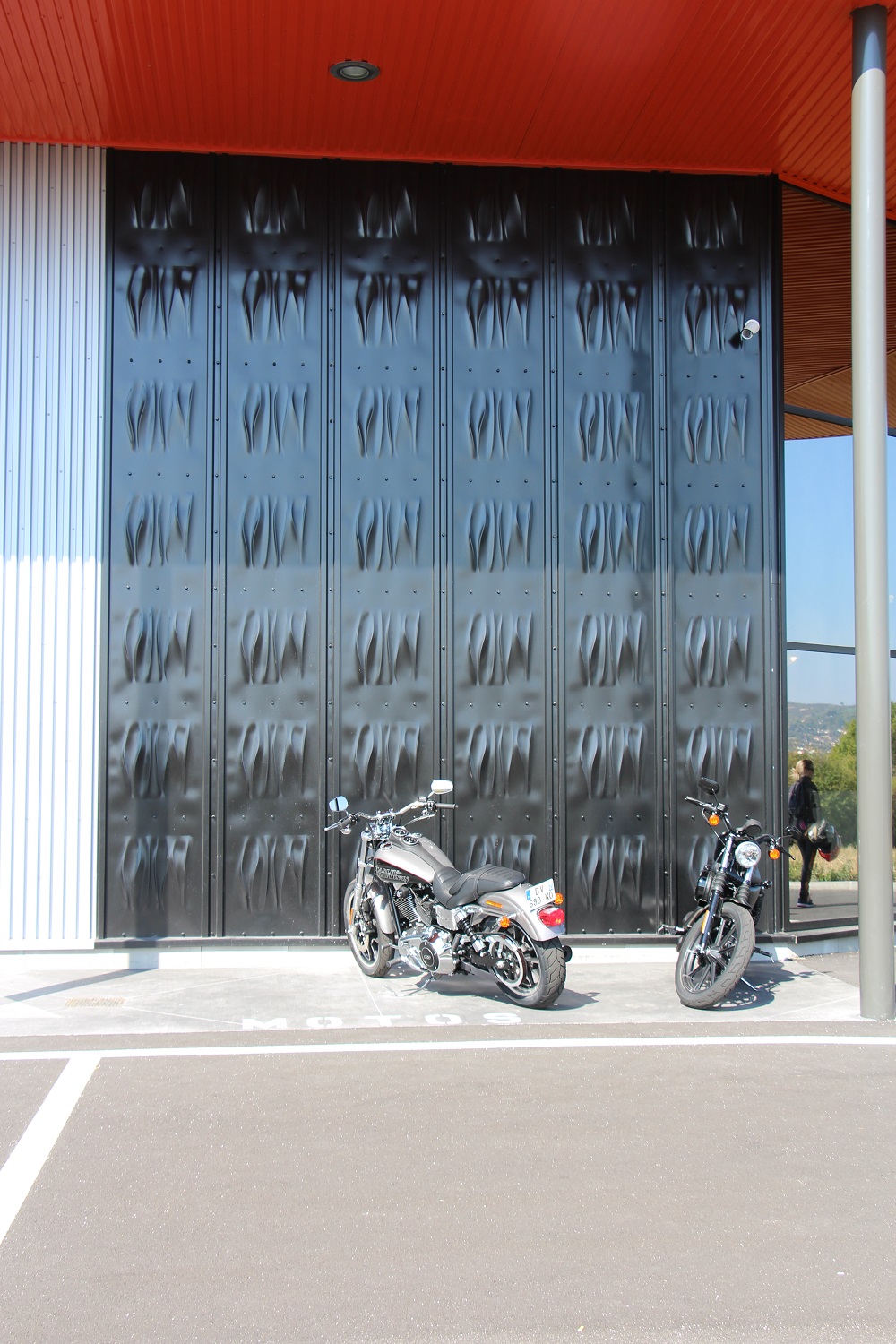 The Granite® HDS panels are finished in the firm's corporate palette including black, dark grey, and orange. Some panels also feature etched sections to represent visual details such as the skull at the front of the building.

ArcelorMittal partner Bacacier supplied all of the steel panels used in the Harley Davidson building. Bacacier also designed a double-threaded, self-drilling screw which can be capped in different colours. As well as fixing the panel to the structure, the screw head can be used as a design element. The screws are easy to remove if a cassette or panel needs to be changed. 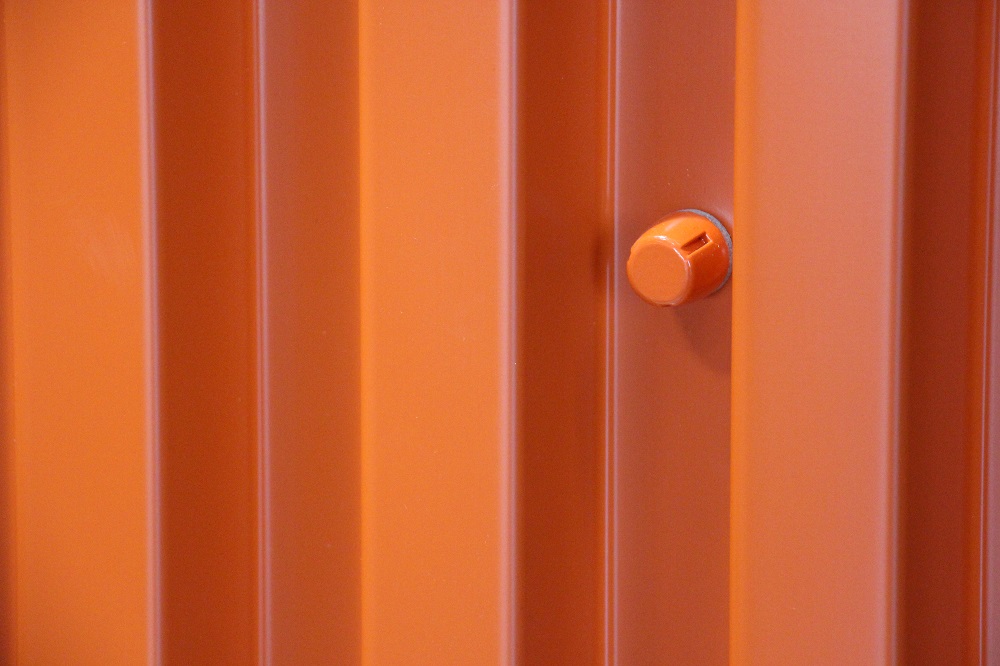 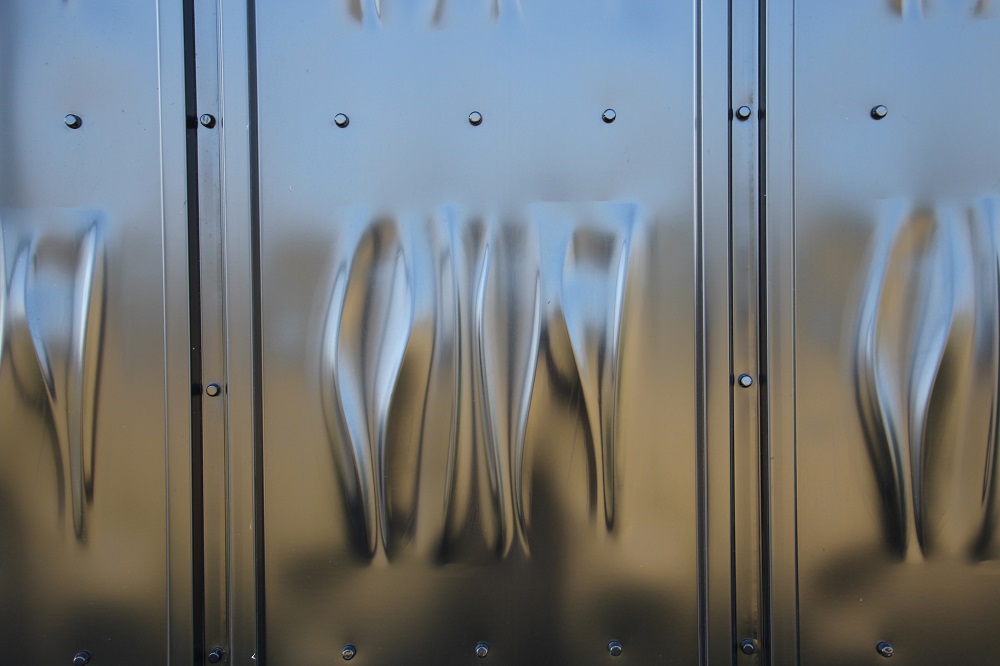 Internally the metallic cladding and framework are visible and utilise the same colour palette to further enhance brand identity. The result is a cohesive building which more than meets the customer's brief and which will remain durable in the long term. 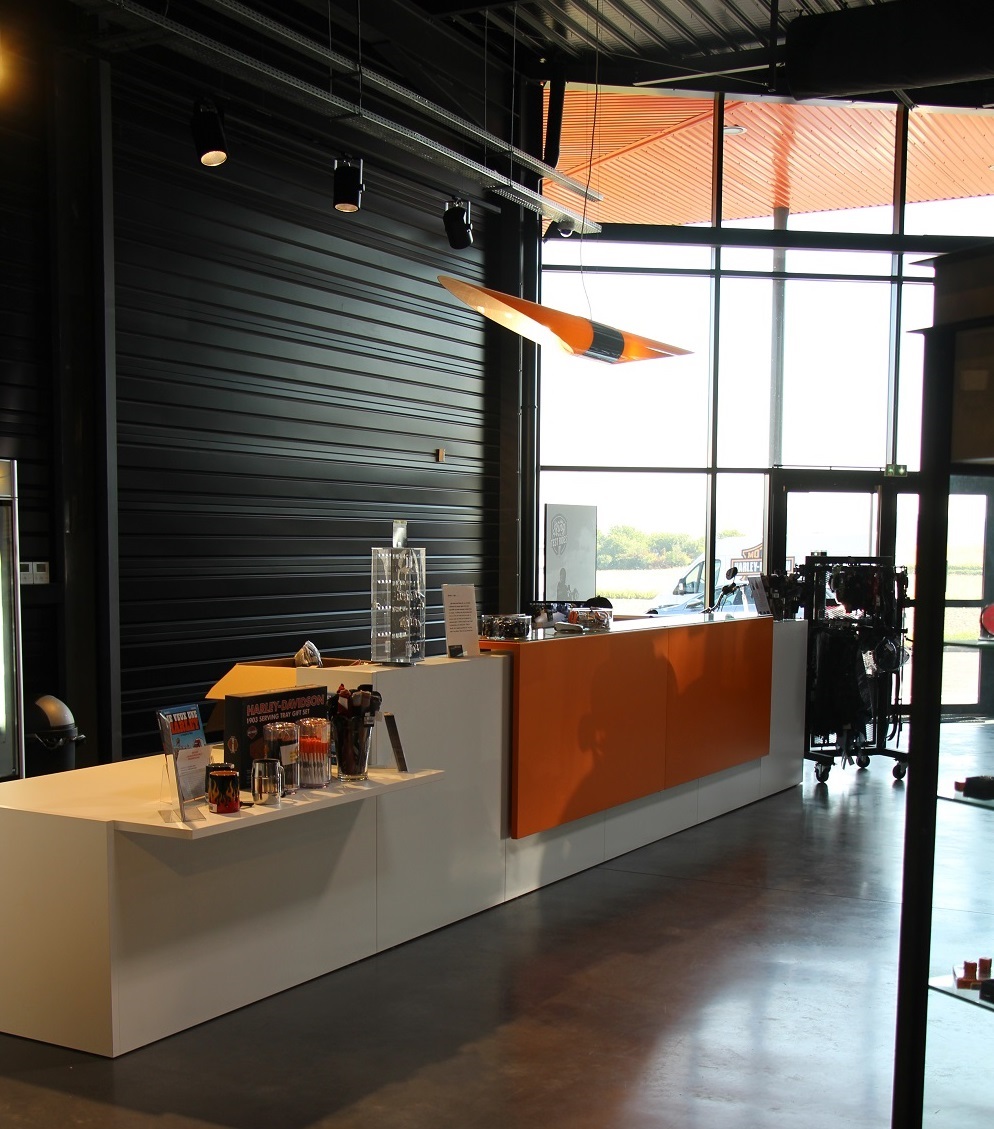 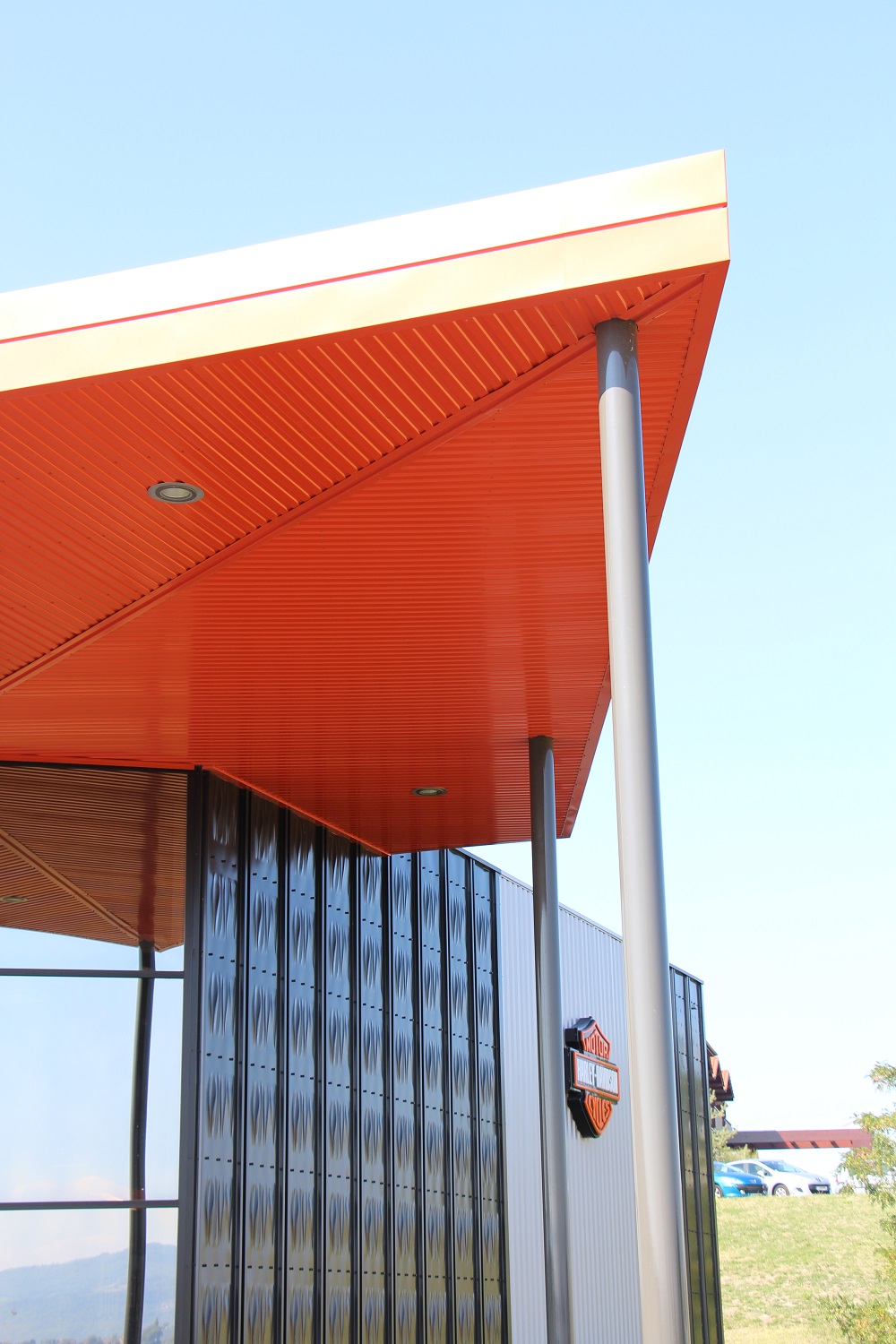 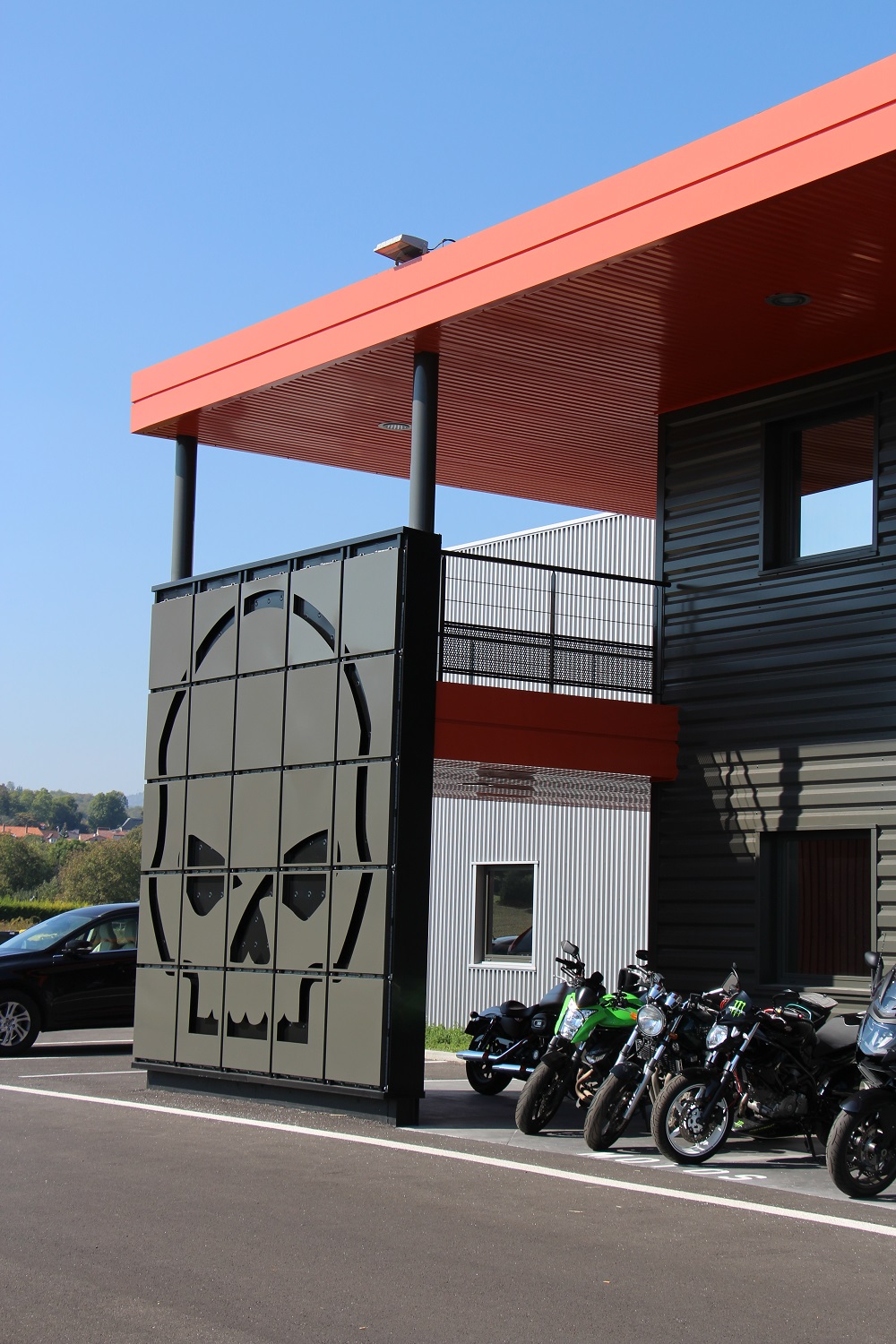 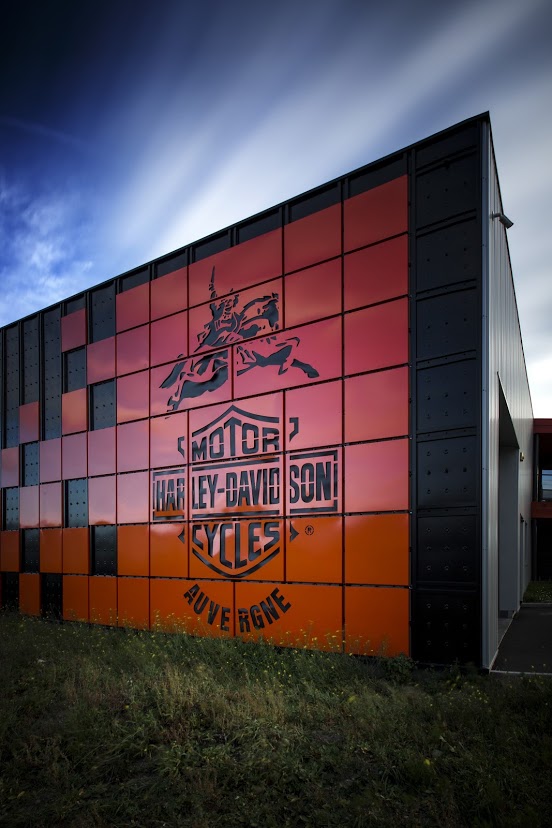 Granite® HDS is an ideal pre-painted steel for facade and roofing applications. As well as very good formability, the steel provides excellent resistance to corrosion (RC4) and UV weathering (RUV4). Granite® HDS can typically be supplied with a 20-year guarantee depending on location.