Did you know that ... Luxembourg showcased Indaten® at the Shanghai World Expo?

One of the latest creations in weathering steel was Luxembourg’s national pavilion at the Shanghai Expo in 2010. Designed by architect François Valentiny, the Indaten®-built pavilion created a dramatic dialogue between the visitor and nature – making it one of the most striking buildings on the 5.3 km2 Expo site.

The pavilion took the form of an enlarged, single-family house surrounded by a fortress-like wall. The hardness of the weathering steel was softened by trees planted on top of the enclosure, a hanging garden along the inner core, and a pond covered by giant steel lily-pads. 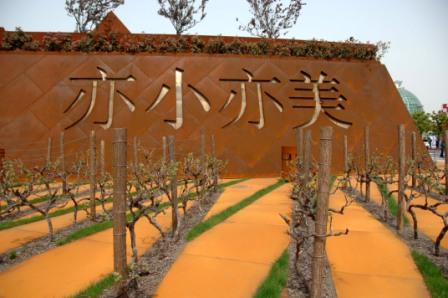 After having worked with the material on a number of previous projects, Valentiny naturally chose weathering steel for the Expo pavilion. According to the architect, his choice to use the steel was heavily influenced by both the purpose of the building as well as a consideration for its lifespan. “For a pavilion with a life of six months, steel or wood are ideal because they are easy to construct and recycle.”

The 5.6 by 1.5 metre sheets of weathering steel were milled at ArcelorMittal’s Fos-sur-Mer plant in France and shipped to Shanghai, where the pavilion was assembled by local engineers. “For the Chinese engineers, weathering steel is a magical product,” recalls Valentiny. “It’s something high-level; something they believe should be respected.”

Weathering steel was used for the exterior, floor and roof of the pavilion – a signature of Valentiny’s design philosophy. “I like to use the same surfaces on the walls, the roof and the ground, and there are a limited number of materials you can do that with,” he says. “Along with wood and glass, weathering steel is one of them.”

Towering above the pavilion’s entrance was the Gëlle Fra, or Golden Lady, the iconic statue that typically adorns Luxembourg City’s Constitution Square. Emphasising the weathering steel’s natural aurora, for Valentiny the contrast between the oxidised steel and the golden statue produced a surreal feeling: “When you looked at it at night, the steel looked like gold.” 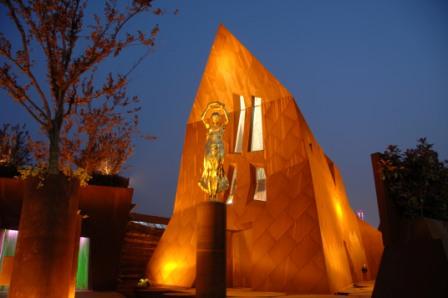 While the Gëlle Fra may have returned home at the end of the Expo, the pavilion has made China its permanent home. Donated to the Chinese steel producer Hunan Valin Group, it will be reconstructed as an exposition space for the company’s products – proving that the weathering steel will continue to endure.

Get in touch with your local ArcelorMittal contact and discover this beautiful product:

Link to the interactive map of our commercial offices


Or find out more about Indaten® via our product document centre:

Link to all information on Indaten® in our document centre 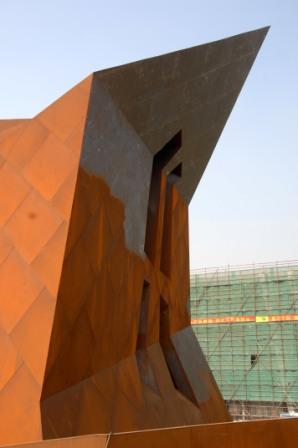 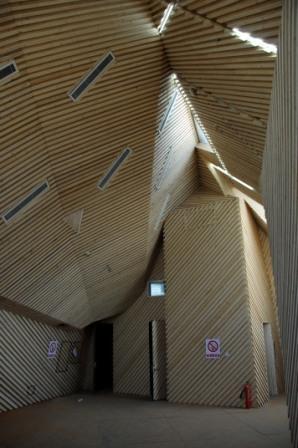