Did you know that … Indaten® is bringing colour to Versailles?

Each year the Château of Versailles invites a celebrated contemporary artist to present their work for a period of six months. In the summer of 2011, French-born sculptor Bernar Venet was invited to display seven of his massive steel structures in the Château gardens. All seven sculptures were created with ArcelorMittal’s Indaten® steel, best known for its natural weathered look. 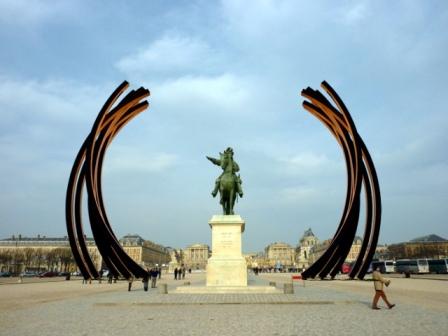 The Château of Versailles chose Bernar Venet to showcase the French artist’s meticulous efforts to probe the relationships between art, landscape and architecture, and therefore between art, time and history.

“Versailles, as I see it, is all about wide open spaces and perspectives that stretch as far as the eye can see,” notes Venet. “It is the perfect venue for my sculptures – and a real challenge. My Arcs have to blend in without fading away in the backdrop. I am thinking about the sunrises and sunsets, and the golden light that steeps the Indaten® steel in red and brown hues.” Venet has worked with Indaten® for many years, especially for his larger works, and the steel is now synonymous with his style.

Immediately after production, Indaten® looks much like any other steel. However, when exposed to the atmosphere, a finely grained oxide layer begins to form. The oxide bonds strongly with the underlying steel to form a protective coating which prevents corrosion. Over three to four years, the patina develops its characteristic natural rust colouring. If scratched, the protective coating reforms. “Indaten® is a material I use all the time,” says Venet. “It is a lot less fragile than other products and has this wonderful colour which changes during the course of the day.”

The 140 tonnes of Indaten® required for the new sculptures was supplied by ArcelorMittal’s Fos-sur-Mer (France) mill in just four weeks. Shaping and final finishing of the work was carried out at Atelier Melens Dejardin in Liège, Belgium.

The collaboration between Venet, ArcelorMittal and the Atelier Melens Dejardin was coordinated by Nicolas Delcour from the Belgian-based organisation Art et Acier (Art and Steel). Founded in 2000, Art et Acier is a non-profit organisation which promotes the use of steel in artworks. The organisation has coordinated a number of exhibitions of steel art and sculpture in both Belgium and France, and published calendars featuring steel artworks. 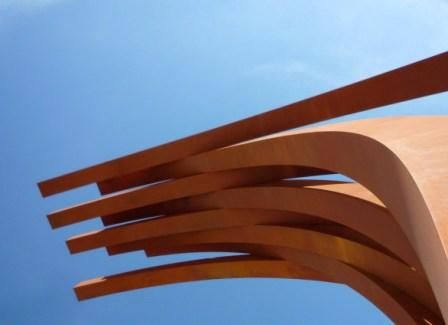 Contrast of colour and curves

The largest of Venet’s Arc sculptures is 22 m high. Known as 85.8° Arc x 16, the monumental work was created especially for the exhibition and provides a dramatic frame for the statue of Louis IV at the Place d’Armes. “It was clear that my sculptures would unleash their full potential in the paths across the gardens,” explains Venet. “The curves contrast with the angular geometry in the gardens, and reflect the circular edges of the Basin d’Apollon and Grand Canal.”


Five of the seven sculptures had already been completed before the exhibition was announced. The remaining two structures, including 85.8° Arc x 16, were completed in just four months.

The colouration process can be accelerated to guarantee an even finish and limit the formation of streaks. To ensure that the five existing and two new sculptures had a similar patina, Atelier Melens Dejardin first de-scaled the new Indaten® sculptures by sandblasting the surface of the steel. The Indaten® was then subjected to alternate periods of humid and dry conditions until the patina matched that of the existing sculptures.

With his international reputation, Bernar Venet’s work is in high demand. From November 2011, Venet’s collection of Versailles Arcs is travelling to other exhibitions of his work around the world.

Find out more about Indaten® via our product document centre:

Link to all information on Indaten® in our document centre 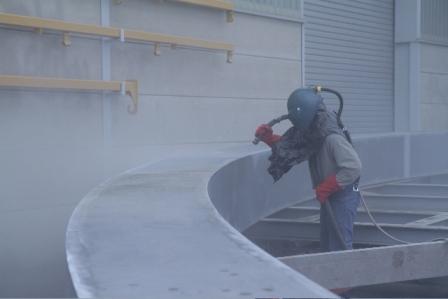 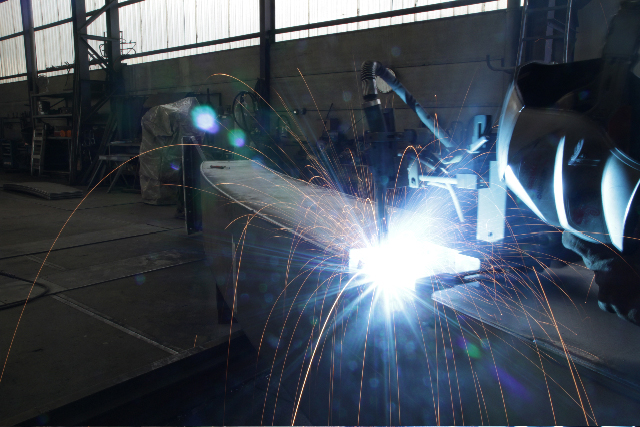 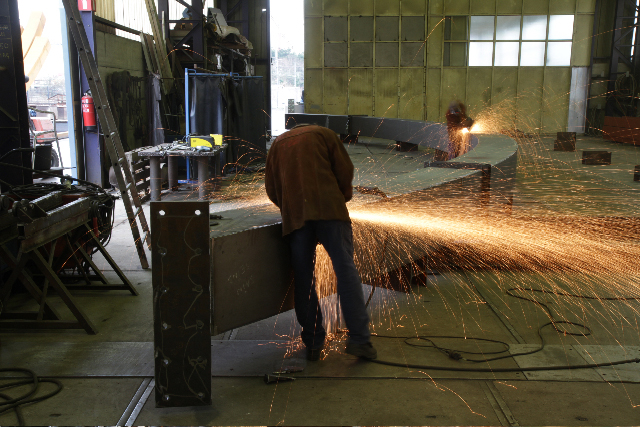