The Mohammed bin Rashid Al Maktoum Solar Park in Dubai (UAE) is the world's largest single-site renewable-energy project. The latest section of the Park to come onstream uses structural steels protected with Magnelis®, ArcelorMittal’s innovative breakthrough in corrosion protection. Thanks to its unique composition, Magnelis® will provide the solar structure with an unprecedented level of surface and cut-edge protection, even in this hostile desert environment.

The structural elements of the Solar Park are being supplied by PV Hardware (PVH), a leading provider of innovative solar solutions for the utility-scale solar market. The company initially began supplying Phase 2 of the Solar Park with batch galvanised steel, but quickly switched to Magnelis® when they became aware of the product: “We were impressed by ArcelorMittal’s guarantees on corrosion and abrasion – two issues that are critical for this project,” notes Emilio José García, Director of PVH. “We have noted a remarkable difference in the performance of Magnelis® compared to batch galvanised steel and have increased our production capacity considerably as a result.”

Magnelis® also simplifies processing says Emilio José García: “It is easier than post-galvanised hot rolled coil because we eliminate the post-galvanisation step of the production processes. Magnelis® enables us to offer a higher quality product and improve our final guarantee.”

Due to the harsh effects of sand and the desert climate, PVH specified steel with a Magnelis® coating weight of 310 grams per square metre. This was almost half the coating weight of the batch galvanised material for a better level of protection.

A key advantage of Magnelis® is its ability to self-heal. When exposed to the environment, Magnelis® forms a very dense zinc-based protective film. This unique dense film also forms on edges, welds, perforations, and scratches. Even deformed zones will be protected. It is almost impossible for the environment to penetrate the film. 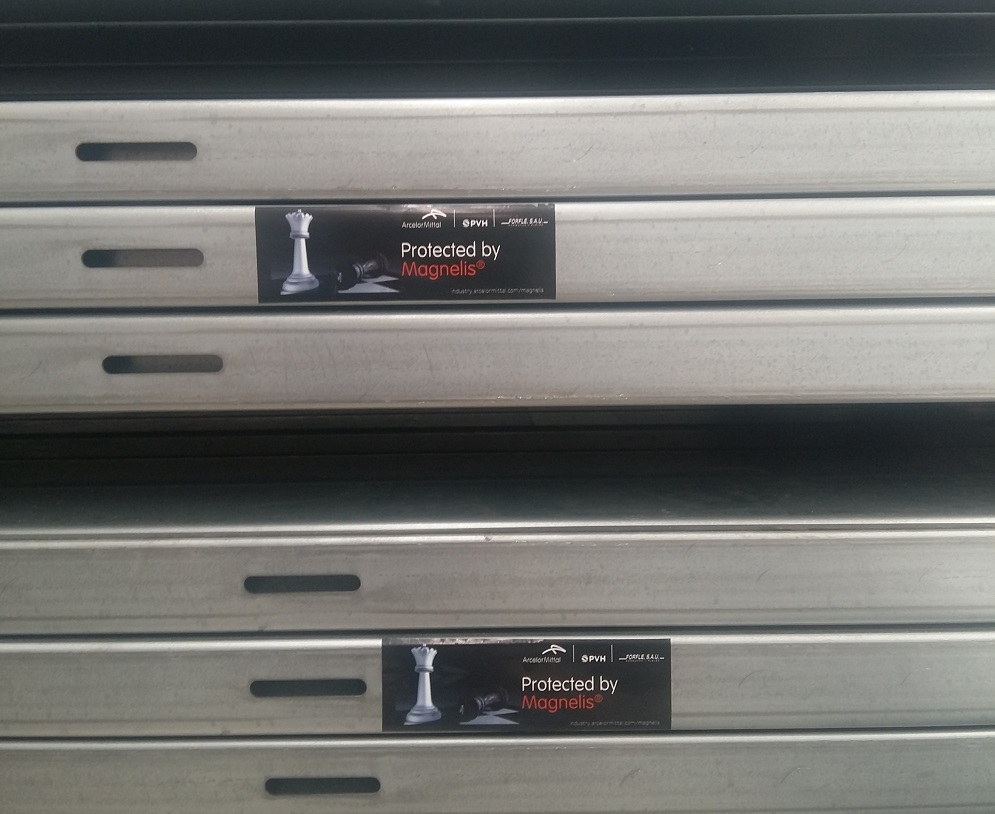 More than 1,000 Magnelis® samples have been tested in locations around the world to prove its corrosion resistance

The Magnelis® coated coils were produced at ArcelorMittal Bremen (Germany) and on the new production line at ArcelorMittal Avilés (Spain). They were then shipped to Forfle, a Spanish company which specialises in the transformation of flat steel products. “The coils, typically in widths of 1,200 mm and thicknesses ranging from 1.5 to 5.0 mm, were slit by Forfle before being sent to PVH,” explains Mario Gallardo, Quality Manager at Forfle. At PVH, the slit Magnelis® coils were profiled to create the different parts of the solar support structure.

When all phases are complete in 2030, the Mohammed bin Rashid Al Maktoum Solar Park will supply up to 5,000 megawatts (MW) of energy and contribute significantly to Dubai’s goal of generating a quarter of its energy needs from renewable sources by that time. The Park is being built in a number of phases. Phase 2 began producing energy in April 2017, with the first part of phase 3 due to come onstream by April 2018. Together, phase 2 and the first part of phase 3 will add a total of 400 MW to the Park’s capacity, with another 600 MW scheduled to come onstream by 2020. 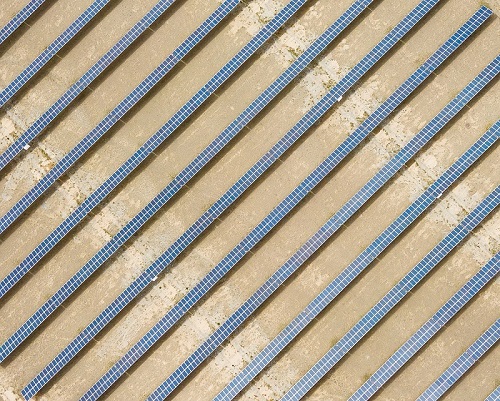 Magnelis® components in the PVH warehouse ready for shipment to Dubai 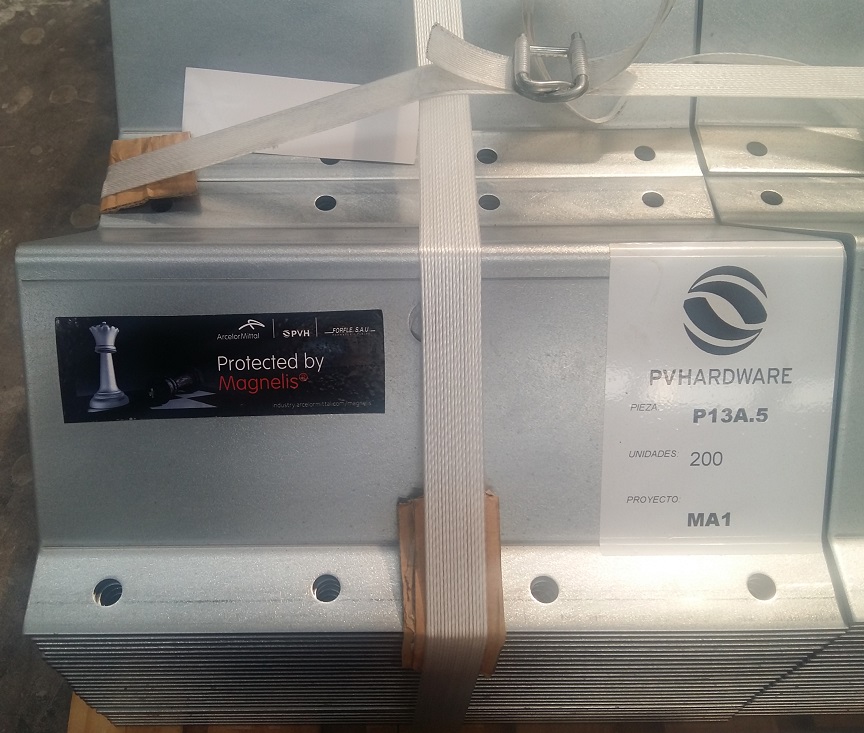 Magnelis® protects cut edges including the connection holes on these components

PV Hardware (PVH) provides innovative solar tracking solutions for solar installations around the world. PVH product lines are designed and engineered by leading industry professionals to deliver the lowest total cost of installation. The company provides unparalleled customer service and support during all phases of the project including assembly. Based in Valencia (Spain), PVH has offices and projects across the globe.

Based in Sagunto, Spain, Forfle undertakes a range of operations on flat steel products such as slitting and cutting to length. Forfle also advise their customers on the characteristics of different steels and coatings, and the benefits they offer.