Corinth Pipeworks is one of the world’s leading producers of pipes for the energy and construction markets. When the company won a contract to produce more than 850 kilometres of high frequency induction (HFI) welded pipe for a US customer, Corinth again turned to their long-term steel supplier, ArcelorMittal Europe – Flat Products. As well as being the largest HFI project Corinth had undertaken, the order also resulted in the pipe maker’s largest ever order to ArcelorMittal.

A key requirement for the selection of the steel supplier was the width and properties of the coils required notes Nikolaos Sarsentis, procurement director at Corinth Pipeworks: “The customer specified the hot rolled grade API 5L X65M for their projects. However, the coils needed to be ultra-wide – up to 2.1 metres – and achieve API 5L standards. ArcelorMittal has the capacity, technical competence, and experience to reliably deliver high-quality steel for very large projects such as this.”

The pipes were ordered by Plains All American Pipeline, a leading operator of energy infrastructure in the United States. They will be used in the company’s Cactus II oil pipeline project which links McCamey and Corpus Christi in Texas. The 26-inch pipes will also be used in another oil pipeline between McCamey and Wink, also in Texas. The total length of both pipelines is over 850 kilometres. Corinth Pipeworks has previously delivered over 1,800 kilometres of pipes to Plains All American Pipeline.

HFI pipes at Corinth Pipeworks ready for shipping to Texas

The hot rolled coils used to form the pipes were produced at ArcelorMittal Bremen (Germany) and ArcelorMittal Fos sur Mer (France). They were shipped to the Corinth Pipeworks manufacturing plant in Thisvi (Greece) where they were formed into 26-inch HFI pipes. “The large diameter of the pipes was the reason why we specified ultra-wide coils,” explains Nikolaos Sarsentis. “The customer also required pipes with two different thicknesses – 10.3 and 12.7 mm.”

The finished pipes were coated externally to protect them from the elements before being shipped to the customer in Houston (USA). “Corinth Pipeworks America, based in Houston, provided the logistics to transport the pipes from the port to the customer’s marshalling yards,” says Nikolaos Sarsentis. “From there, the pipes are being installed by a local contractor. In total, more than 850 kilometres of pipes will be laid in two separate projects to transport oil across Texas.”

The recent addition of tariffs on European steel by the US came as the pipes were being produced in Greece and had a major impact on the project. Nikolaos Sarsentis explains: “The imposition of a 25-percent duty by the US government dramatically increased the cost of the project for our customer. However, no steel producer in the US could meet the customer’s specifications, particularly regarding width. And there are no US pipe makers who can produce the pipes using HFI technology.”

Although the two companies have a long history of working together on major energy projects, this was the largest steel order Corinth Pipeworks has placed with ArcelorMittal Europe – Flat Products to date. Coordination between the two ArcelorMittal mills and Corinth ensured the pipe maker had a continuous stream of material to meet their just-in-time delivery schedule. That enabled Corinth Pipeworks to meet their customer’s tight timetable. 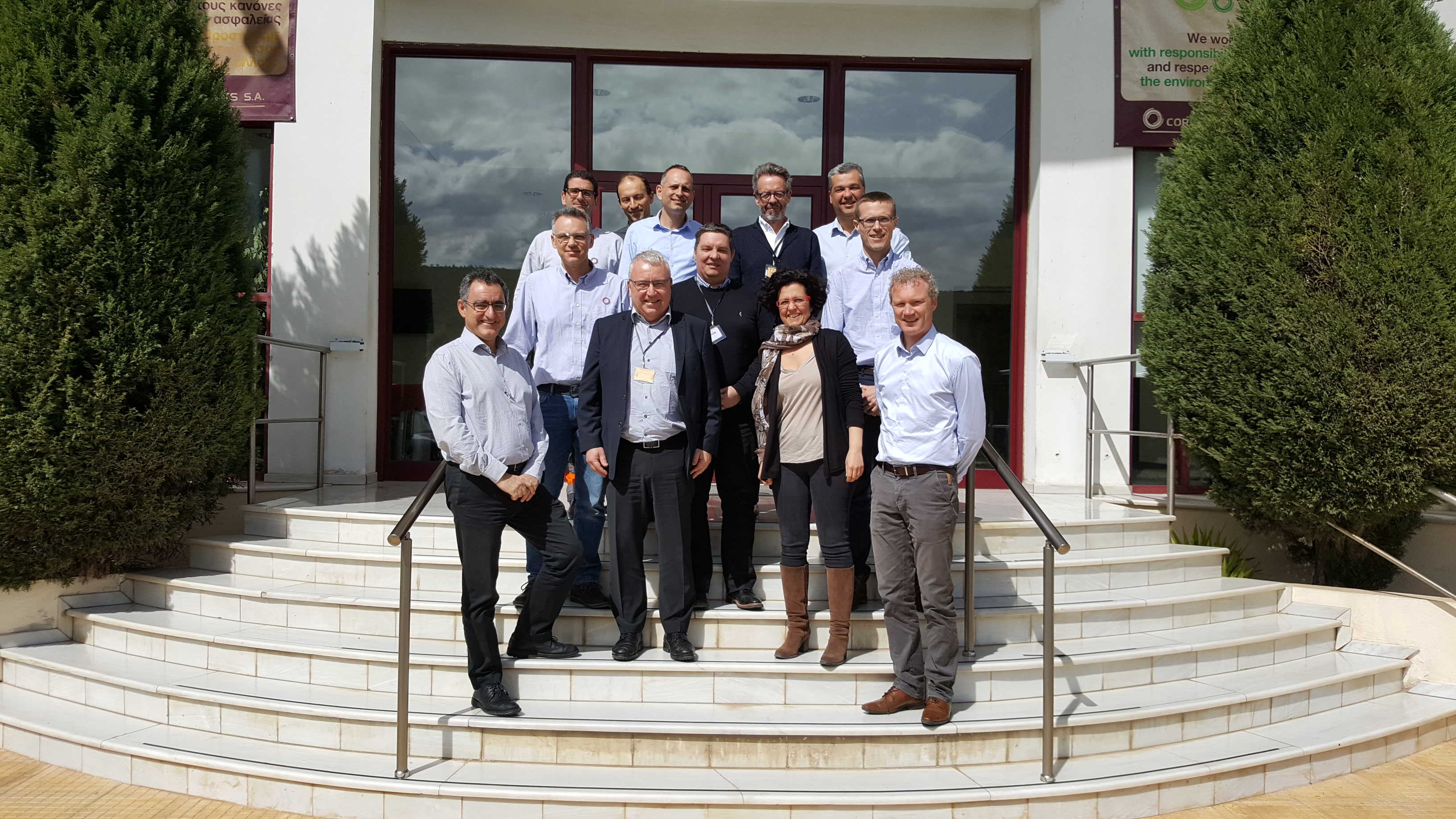 As part of an investment programme to reduce carbon emissions at ArcelorMittal Ghent (Belgium), the plant has commissioned a pipeline to transport gaseous oxygen. Covering 35 kilometres, the pipeline is expected to become operational by mid-2019 and will be built, owned, and operated by Air Liquide.

Corinth Pipeworks used steel from ArcelorMittal Krakow (Poland) to manufacture the HFI pipes used in the project. Steel grade L360NE was utilised for its excellent yield strength and toughness. These properties are achieved thanks to the low levels of phosphorous and carbon in the steel.

“The contract for the HFI pipe was awarded to Corinth Pipeworks thanks to their ability to provide long pipe lengths – up to 23 metres,” says Frederic Bouchaud, account manager for oil and gas pipelines at ArcelorMittal. “Although the length of the pipes made handling more difficult, it reduces the number of girth welds required on site. Overall, that reduced installation time and costs significantly.”

Corinth Pipeworks is a leading steel pipe manufacturer for the oil and gas industry and a major hollow sections supplier to the construction sector. The company makes significant use of technology to create innovative and high-performance products for its global customer base.