Steel is a familiar material for Belgian sculptor William Roobrouck. But when he decided to realise his latest artwork, Roobrouck turned to Indaten® weathering steel for the first time. Called ‘Désir Perceptible’ (Perceptible Desire), the monumental sculpture celebrates the longing couples can feel for a child. Thanks to Indaten® from ArcelorMittal Europe – Flat Products, Désir Perceptible will stand the test of time, and the rigours of the Belgian coast.

“I have a passion for steel which started when I was about six,” says William Roobrouck. “Around then I began to take my summer holidays with my grandparents on the Belgian coast. My grandmother was an artist, so I learnt painting from her, while my grandfather was an engineer in the aviation industry. He taught me a lot about working with metal.”

“When I was about eight, I started to study at the Academy of Art in Ghent. Over the next four years I went there every Saturday to develop my drawing and painting skills, and I also learned to make sculptures in clay. It was a good base for the art and sculptures that I make today.”

“After finishing school, I put my art on standby. But by the time I reached 30, I realised that I still had a passion for art and that it was something I wanted to pursue in my life. Although I did have my early experiences to fall back on, I’m largely self-taught. I’m curious about how things are made, how they work.”

“I've used steel a lot in my sculptures, but Désir Perceptible is my first artwork in Indaten®. This sculpture represents a couple who desire a child. As it ages, Indaten® develops an orange, amber colour. It is a warm colour and it relates to the warm feeling you get when you think about bringing a child into the world.”

“Désir Perceptible began with very simple lines. Once I realised that I had a very strong artwork, I decided to make it in steel. I took a plate of Indaten® and drew the outline with chalk. When I was happy with the image I took a manual plasma cutter and cut the front and back out of Indaten®. It then took me some time to clean it up. Many people will wonder why I didn’t use a laser cutter as that is much cleaner. But it lacks the human touch – something that I think was very important with this subject.”

“I then cut strips to create the parts that join the front and back of the sculpture. While that was relatively easy for some parts, the head and inside of the child were difficult to form. I relied on a friend who had some rolling equipment to help me with that. With my friend’s advice – and some trial and error – I managed to achieve the result I wanted.” 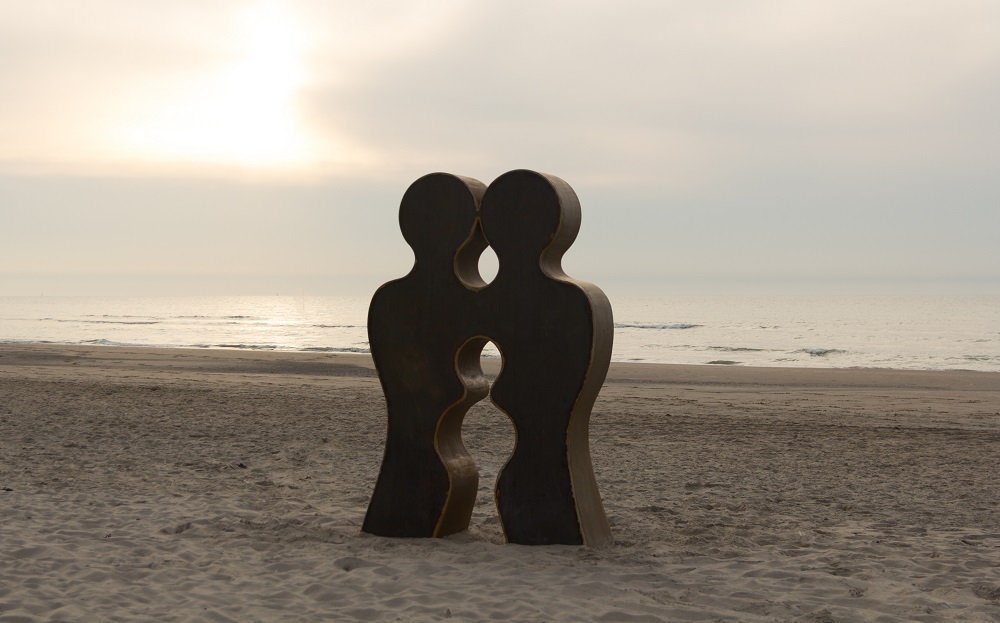 Seawater gets the ageing process started

“Inside, the front and back are held together with steel tubes. Although they were not needed once the side strips were added, I left them in. They can be connected to tubes which go into the ground. This secures the sculpture and stops it falling over in the wind, or being stolen. Though at around 250 kilograms it probably weighs too much to be stolen!”

“In total it took three months to realise Désir Perceptible as I was working outside and at the mercy of the elements. I have a studio, but it was not big enough for this sculpture.”

“Désir Perceptible was finished in August 2017 and I immediately wanted to show it in an art exhibition that was held in the village where I live. To get the Indaten® ageing process started quickly, I soaked the sculpture in seawater. Almost overnight the warm orange tones of the steel started to show.” 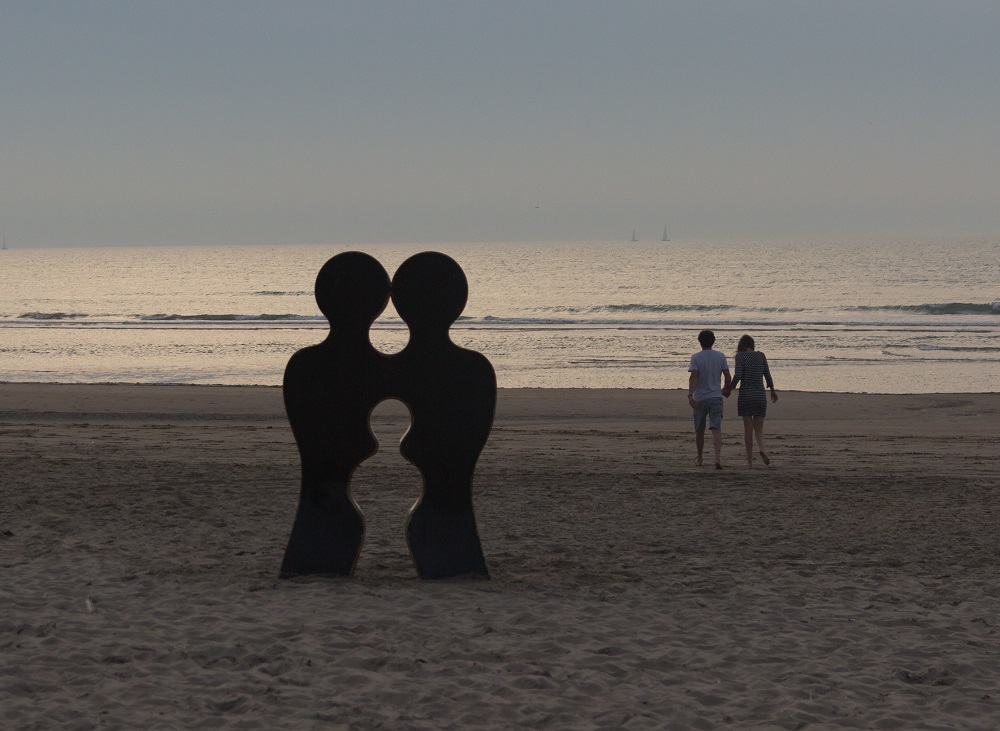 The Indaten® coils used for Désir Perceptible were produced at ArcelorMittal Méditerranée (Fos-sur-Mer, France) and cut into sheets by ArcelorMittal ESP (Geel, Belgium) 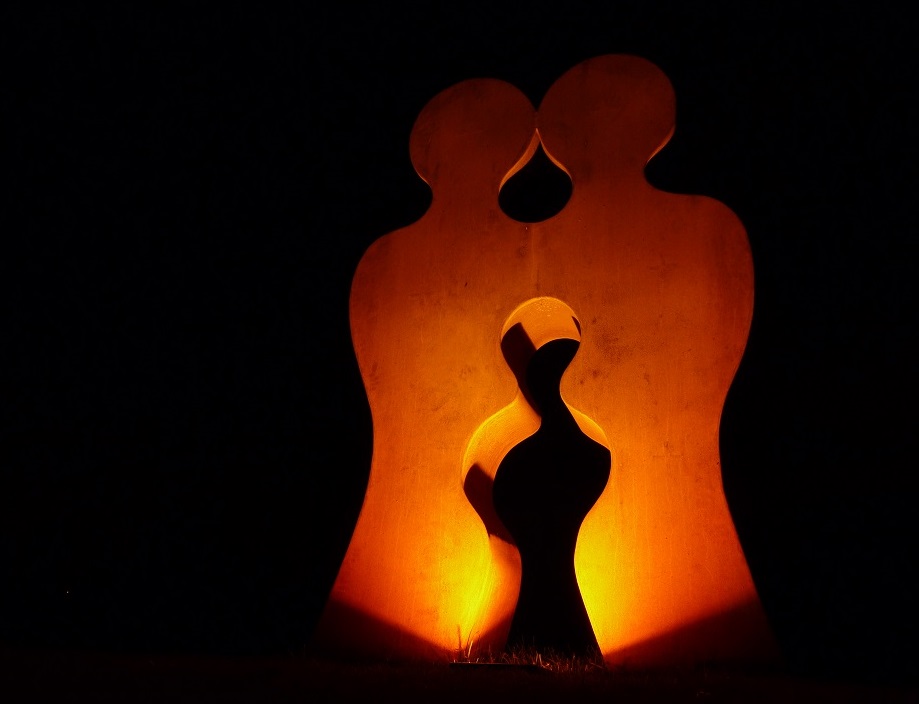 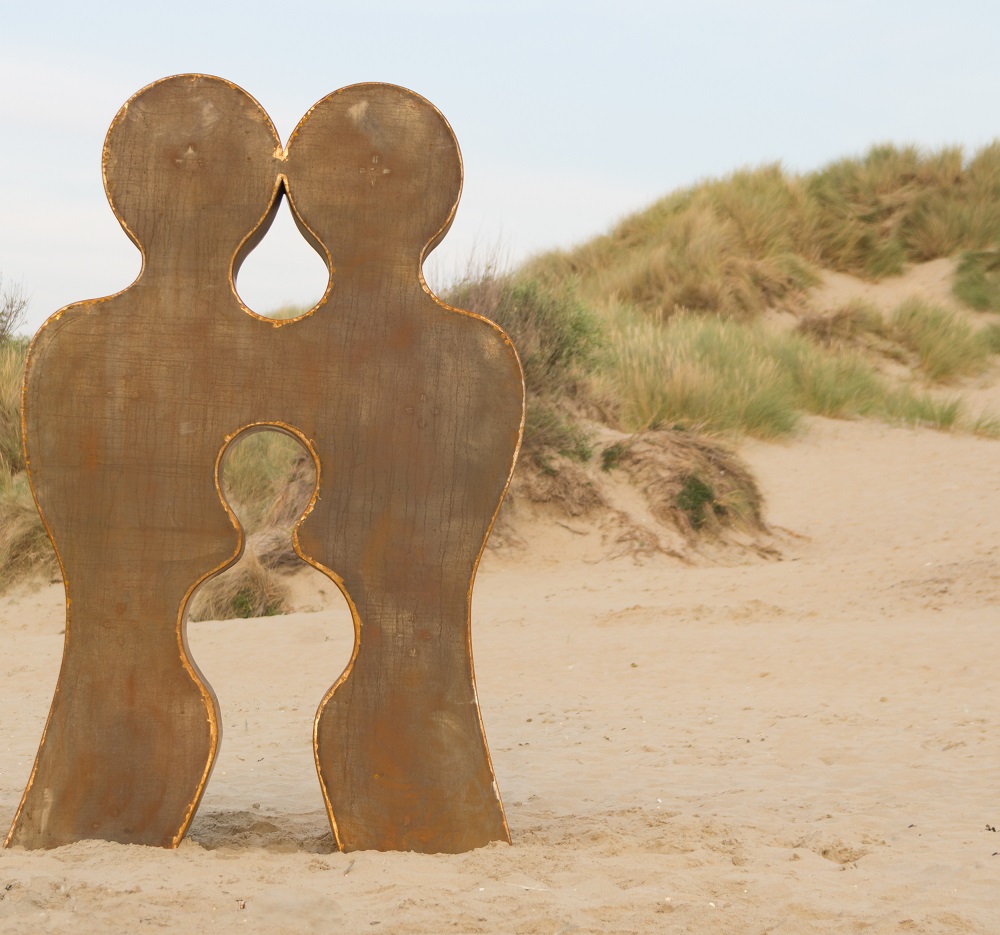 Indaten® ensures the sculpture will endure

“Even though it appears to be corroding in front of your very eyes, Indaten® is actually much more resistant to corrosion than untreated carbon steel. Where untreated steel might last for 20 years, Indaten® will endure for up to 120 years, even in marine environments.”

“I’ve been invited to display Désir Perceptible at Tentuinstelling 2018. The name is a play on the Flemish words for exhibition (tentoonstelling) and garden (tuin), as the exhibition is held in gardens along the coast.”

“I’m also using Indaten® to create another sculpture for Tentuinstelling 2018. The second one will be about ten-metres high. Again, I’ve chosen Indaten® because of its ability to withstand the harsh environment of the Belgian coast.” 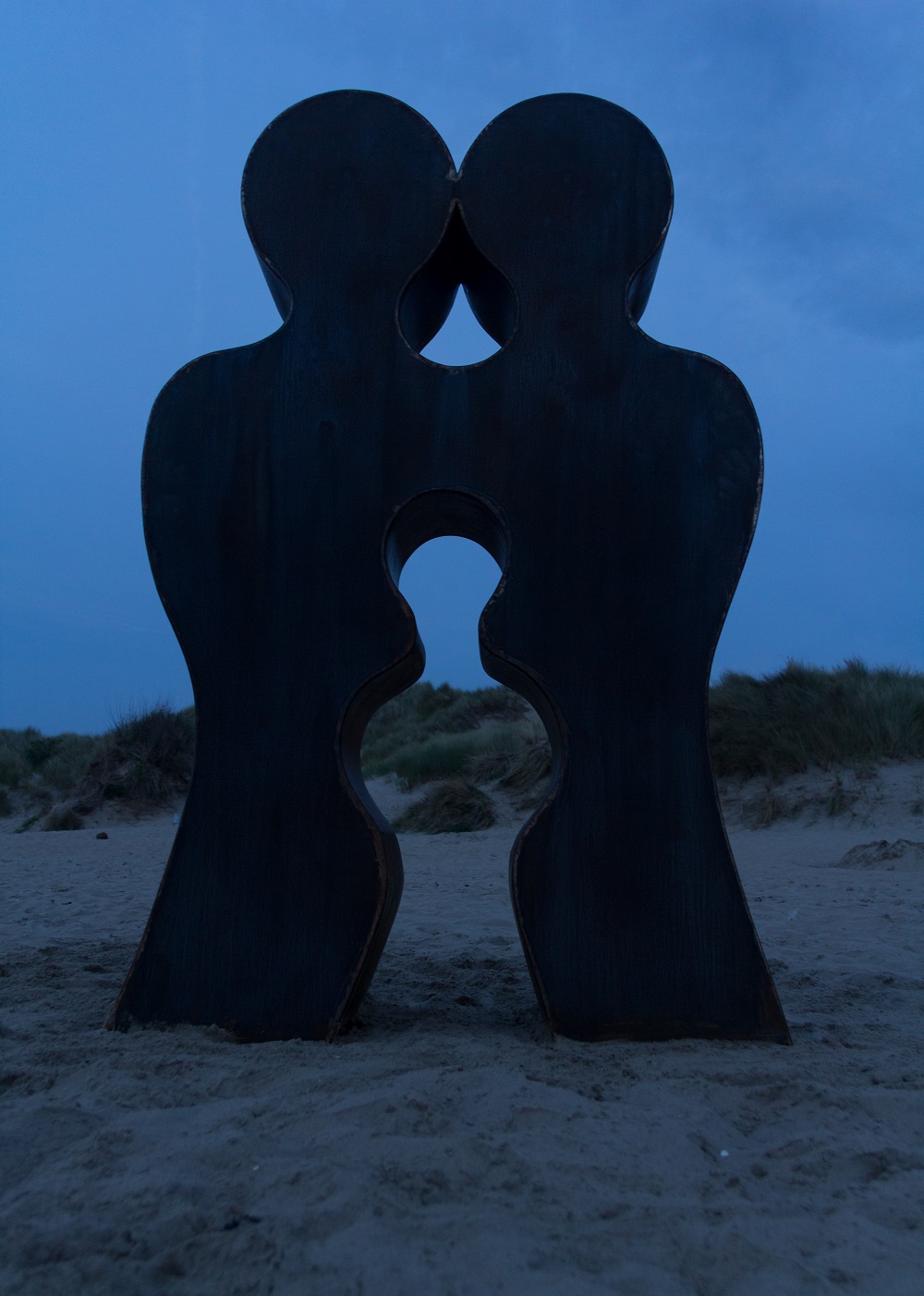 Get to know William’s art and design at: http://www.williams-design.be/
Click here for William’s portfolio
Désir Perceptible at Tentuinstelling 2018, 10-13 and 19-21 May 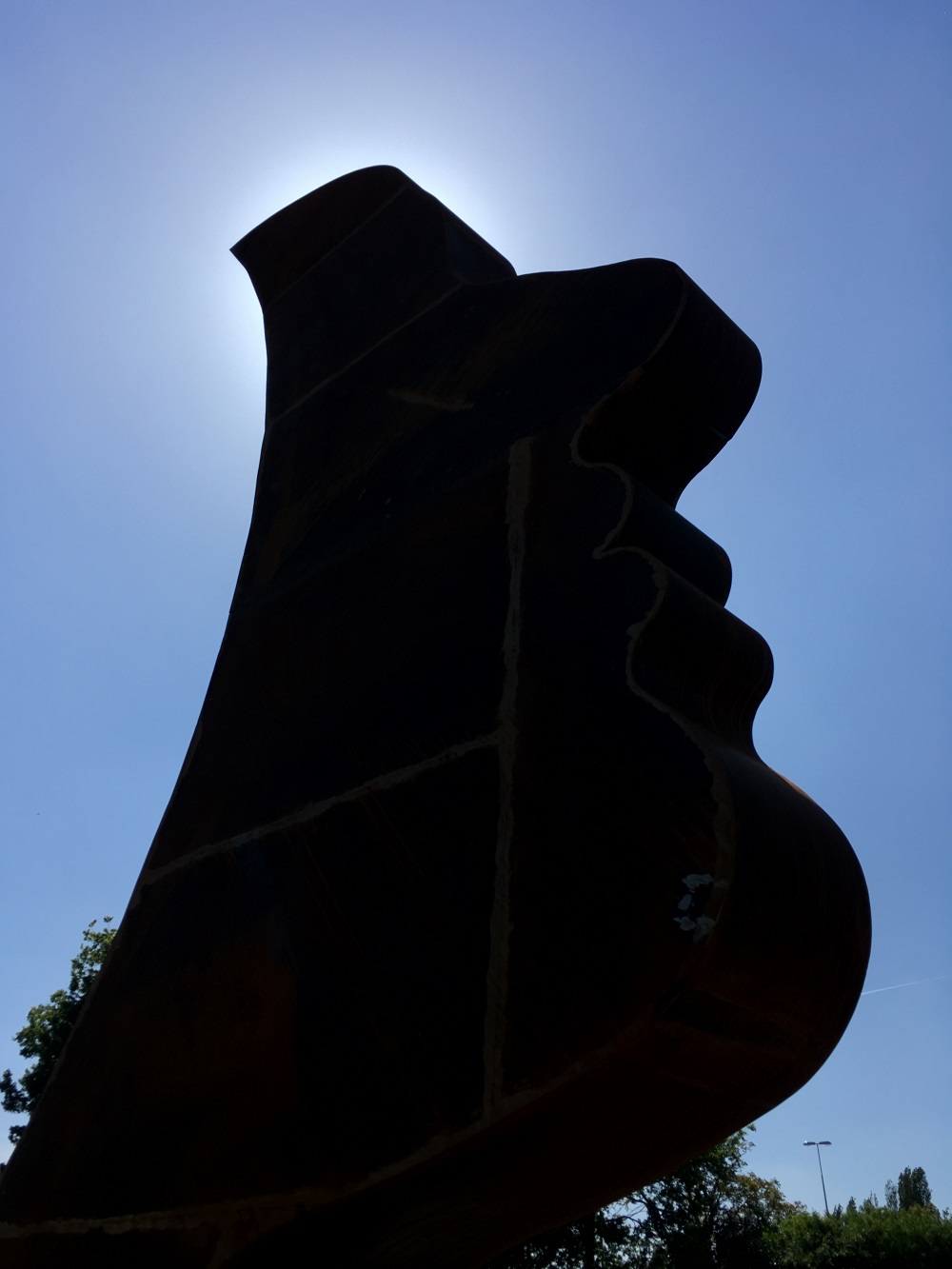 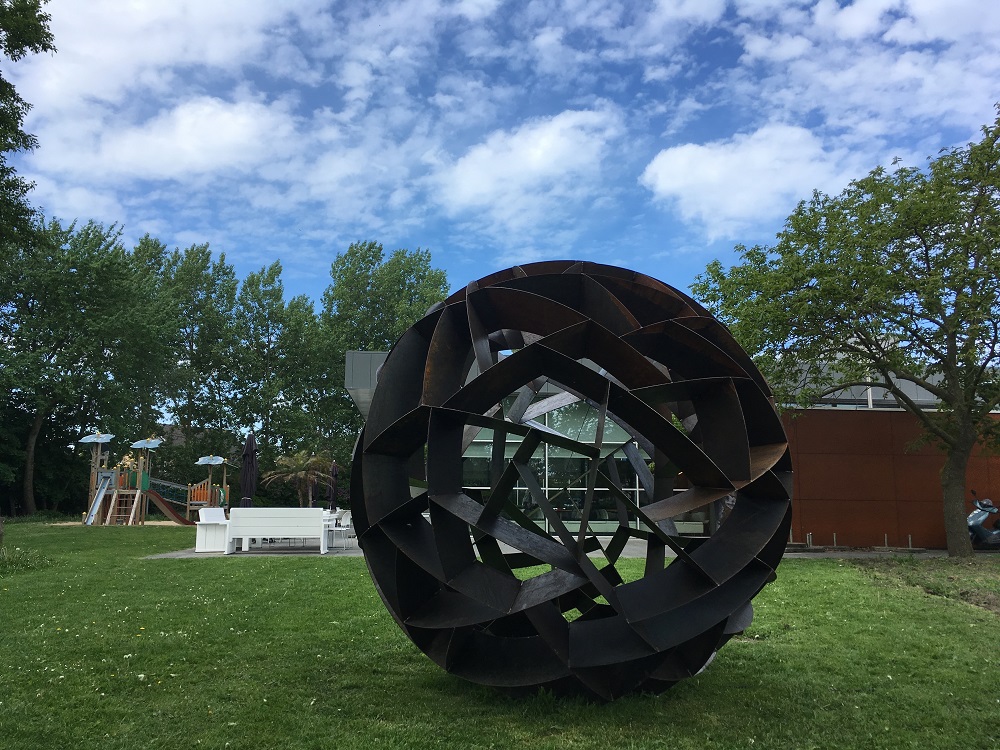 Other amazing results of William Roobrouck’s passion for (ArcelorMittal) steel