The strength of steel - the beauty of design

The use of high strength steel met the architectural brief for the new bridge spanning the Moselle, linking Grevenmacher in Luxembourg and Wellen in Germany. 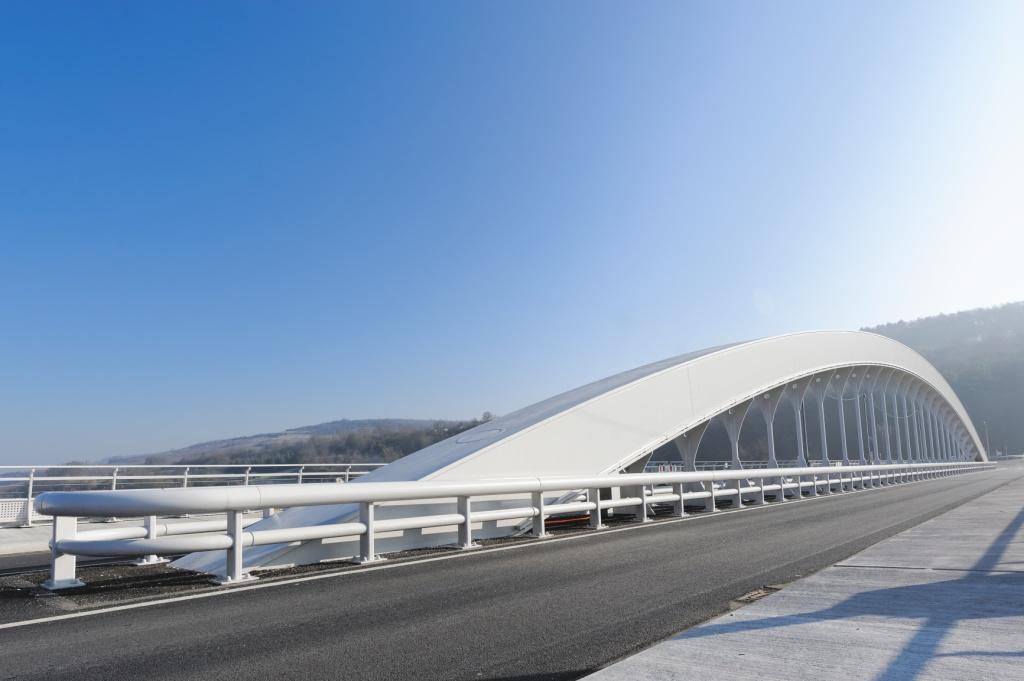 Opened in October 2013, the engineering structure had several constraints, such as the need to use strong, lightweight, custom-made materials to achieve the refined, streamlined design, not to mention a very tight, four-and-a-half month construction schedule to minimise traffic disruption. Mission accomplished for Poncin, the company responsible for the project’s steel infrastructure, with ArcelorMittal supplying tailor-made plates for the construction of key bridge arch components, exploiting the full rolling capabilities of our Gijón mill.

Poncin and ArcelorMittal have a long-standing partnership based on trust, but the ability to deliver a quality result on time was crucial in winning the contract for this high-profile project because it presented an aesthetic challenge that spanned two countries and had to be completed speedily. “We needed reliable contractors, steelmakers capable of supplying custom-made products quickly,” explains Benoît Comblin, Poncin’s project engineer. “Despite the distance between the construction site and the workshops, the excellent service from ArcelorMittal’s Gijón plant in Spain helped to keep us bang on schedule.”

Complete rebuild in four and a half months

The old Grevenmacher bridge was built from prestressed concrete back in the 1950s so the Luxembourg authorities decided it was time to replace it. For safety reasons, increased traffic on the bridge – with some 17,000 vehicles crossing daily – meant that it had to be entirely rebuilt. The old structure was demolished to make way for a 213 metre-long orthotropic deck bridge with four spans. One of the characteristics of the new structure is the absence of piers in the river to ensure the widest possible navigable clearance; the use of steel made this possible.

The ArcelorMittal steel for the project had to be delivered within a very short and specific time frame and the Gijón teams were right on schedule. In January 2013 Poncin began to construct the steel frame of the bridge, which was assembled in the port of Mertert in March. While work was being completed on the central span stretching 113 metres from shore to shore, the old bridge was demolished during the annual lock closure, from 4 to 11 June.

The deck elements linking the ground level with the aerial section were transported by lighter barge, then brought into position using jacks. The materials for the bridge were custom made. “We hardly used any rolled sections,” explains Benoît Comblin. “Some of the deck elements were constructed with S460N high strength steel supplied by ArcelorMittal, for greater strength and to minimise the thickness of the prefabricated components.” The coating for the bridge superstructure was poured directly onto the steel orthotropic slab.

In keeping with new architectural trends

Now open to the public and boasting a modern and aesthetic design, the new Grevenmacher bridge is the pride of local residents, who use it daily and benefit from improved traffic flow.

Roger Poncin at a glance

Blacksmith Roger Poncin set up business in 1943 in the beautiful village of Ocquier in the southern part of Belgium. After more than 70 years of constant growth and hi-tech investment, the company now exports its products worldwide and sets new standards in industrial steel structures and public works.

Recent projects include the new Lanaye lock complex in Belgium (bridge + lock gates), seven steel structures for the TGV Est high-speed rail link in France, two bridge projects, one over the A86 motorway and the other over the “Tangentielle Nord” suburban railway line in Paris, the SEMAPA railway line cover (Paris region) and the Térénez viaduct in Brittany. 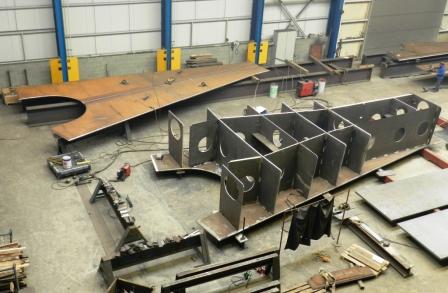 Manufacture of the bridge structure at the Poncin workshops in Ocquier. 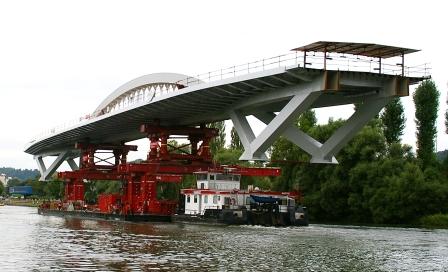 Transport of the bridge’s central span by lighter along the Moselle. 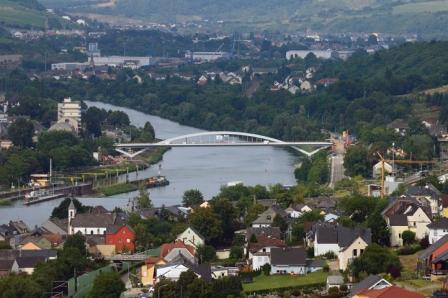 An elegant design in harmony with the lush green surroundings of the wine route.

Get in touch with your local ArcelorMittal account manager and discover our outstanding products:


Read other interesting stories in the May 2014 issue of the