Wikinger is an offshore wind farm in the Baltic Sea, about 75 kilometres from the northern German coast. When it comes onstream in the second half of 2017, the wind farm will supply clean, renewable energy to more than 350,000 local households. ArcelorMittal partner Navantia was commissioned to produce jackets and piles for 29 wind turbines and an offshore substation which controls the energy flowing from Wikinger.

The Wikinger wind farm was developed by the Spanish electricity producer Iberdrola. In December 2014, Iberdrola awarded the contract for the foundation jackets and piles to a joint venture formed by Navantia and Windar Renovables (Daniel Alonso Group). Together the partners will produce 116 piles and 29 type-B jackets which are being installed at depths ranging from 36 to 39 metres below sea level.

To create the piles and jackets, Navantia and its partner utilised heavy steel plates produced at ArcelorMittal Gijón. “The primary steel grade used was S355NL, in thicknesses ranging from 19.1 up to 60 mm,” explains Raúl Rico.

Most of the steel structural parts were given a protective coating to prevent corrosion in the offshore environment. Some jacket elements which sit below the water have additional cathodic protection. 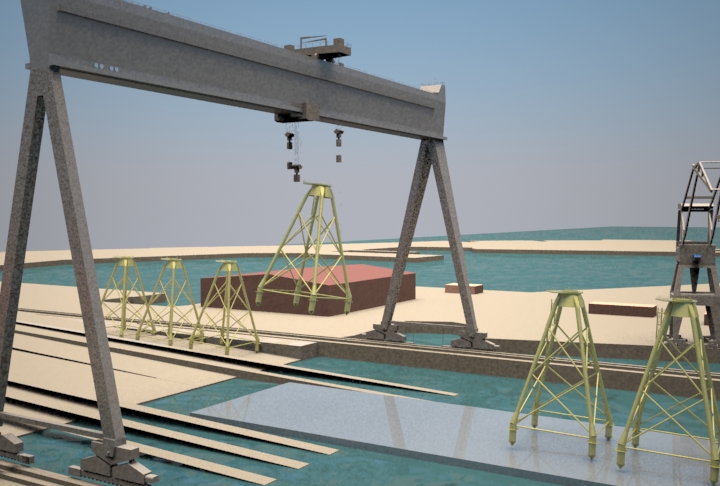 Gijón is very close to the Navantia and Windar facilities in the north of Spain. “This gave us a serious logistic advantage, as it made it possible to reduce the delivery schedule,” says Raúl Rico.

ArcelorMittal supported Navantia with technical advice from early stages of the tender process. “Wikinger represents the continuation of more than a quarter of a century of cooperation between ArcelorMittal and Navantia,” notes Raúl Rico. “For this project, ArcelorMittal provided us with extensive advice about relevant tests, technical aspects, and logistics.”