It is common to see solar energy panels on land and on roofs. But one German company is now exploring the untapped potential of lakes to generate energy. Developed by Zimmermann, the Zim Float photovoltaic (PV) system can be deployed on almost any body of freshwater. And it benefits from the cooling effect of the lake to maximise power generation while limiting evaporation. To ensure the long-term viability of the installation, the system relies on a structure composed mainly of Magnelis® by ArcelorMittal Europe – Flat Products.

Floating solar structures offer power generation companies a flexible solution which can be deployed quickly and in areas where there is high demand on land use. The structures shield the water from the sun, limiting evaporation. At the same time the lake keeps the PV modules cool thanks to the design of the system. This helps to maximise the efficiency of the solar panels.

Contending with water and nature

Development of the Zim Float-System began in 2017, with the first pilot installation a year later. Zimmermann quickly decided to use Magnelis® from ArcelorMittal Europe – Flat Products as Franz Krug, project manager, explains: “We involved ArcelorMittal R&D at the start as we had a concern about steel and water being in such close proximity to each other. But it’s not just water, bird droppings are another problem we need to contend with. We went to ArcelorMittal Bremen to discuss our ideas with the experts and came away convinced that Magnelis® was the solution.”

Around 80 percent of the structure is Magnelis®. It is used in the support structures for the solar panels and the walkways used by maintenance personnel. The clever design of Zim Float ensures that three-quarters of the Magnelis® is covered by the panels which protect it from rain.

The system is designed to cope with the high wind loads and freezing conditions found in the Netherlands, where the first Zim Float-System was installed. “If the lake only freezes a few centimetres deep there is no problem as the structure is constantly moving,” notes Franz Krug. “That keeps the area around the floats clear of ice. The system is also designed to handle thicker ice if the lake freezes completely.

Before the first Zim Float could be deployed in the Netherlands, Zimmermann required regulatory approval from the Dutch environmental authorities. A key concern for the environmental agency was the level of zinc runoff from the corrosion protection system. “Zinc runoff from Magnelis® is four times lower than galvanised steel. This satisfied their concerns,” says Franz Krug. “The other major benefit is that Magnelis® is completely recyclable at the end of the system’s life.”

Zim Float is designed as a large-scale energy generator. A standard block covers 1.45 hectares and weighs around 190 tonnes including the inverter and transformer, but without the PV cells. Each block can generate up to 2.5 megawatts (MW) of energy, depending on the type of PV modules utilised.

A Zimmermann customer has just finished installing an 8 MW system on a lake in the Netherlands. The entire process was completed in just 2.5 months. In August 2019 the customer started installing a 14 MW system which is expected to be fully operational by the end of November. “By the end of 2020 we expect to have delivered Zim Float systems with around 150 to 200 MW of capacity,” says Franz Krug.

To meet this goal, Zimmermann requires a reliable and flexible steel supplier, notes Franz Krug: “There is an excellent relationship between ArcelorMittal and Zimmermann. Quality is one of the most important considerations for us, but we also appreciate ArcelorMittal’s flexibility.” 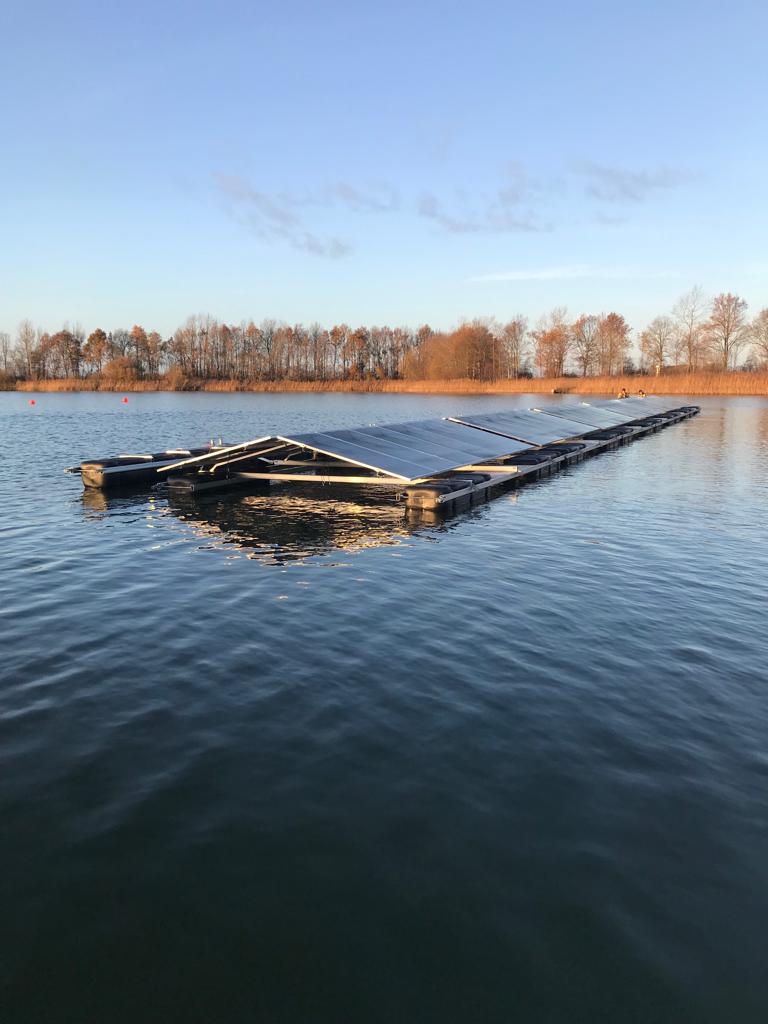 An optional wave barrier allows the system to cope with waves 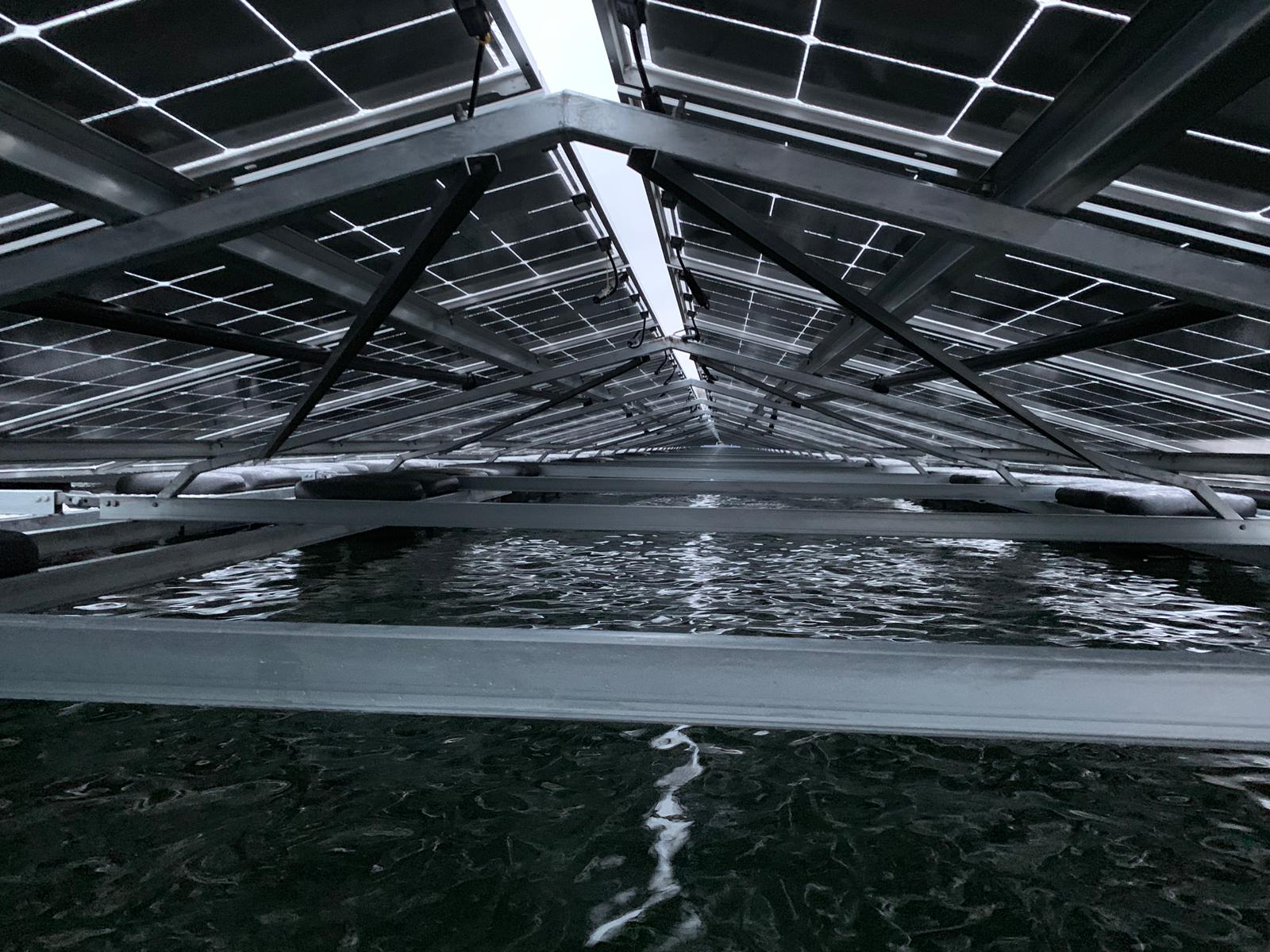 Zimmermann is a dynamic, performance-oriented family business with a 50-year tradition. The company is headquartered in Germany but also has operations in Canada, Turkey, Switzerland, and the USA. Since its foundation, Zimmermann has developed into one of the leading manufacturers of agricultural housing. In 2009 Zimmermann started to produce mounting structures for the PV industry and is renowned for their high-quality products. To date, Zimmermann have supplied mounting structures with a total capacity of over 3.3 gigawatts peak (GWp). 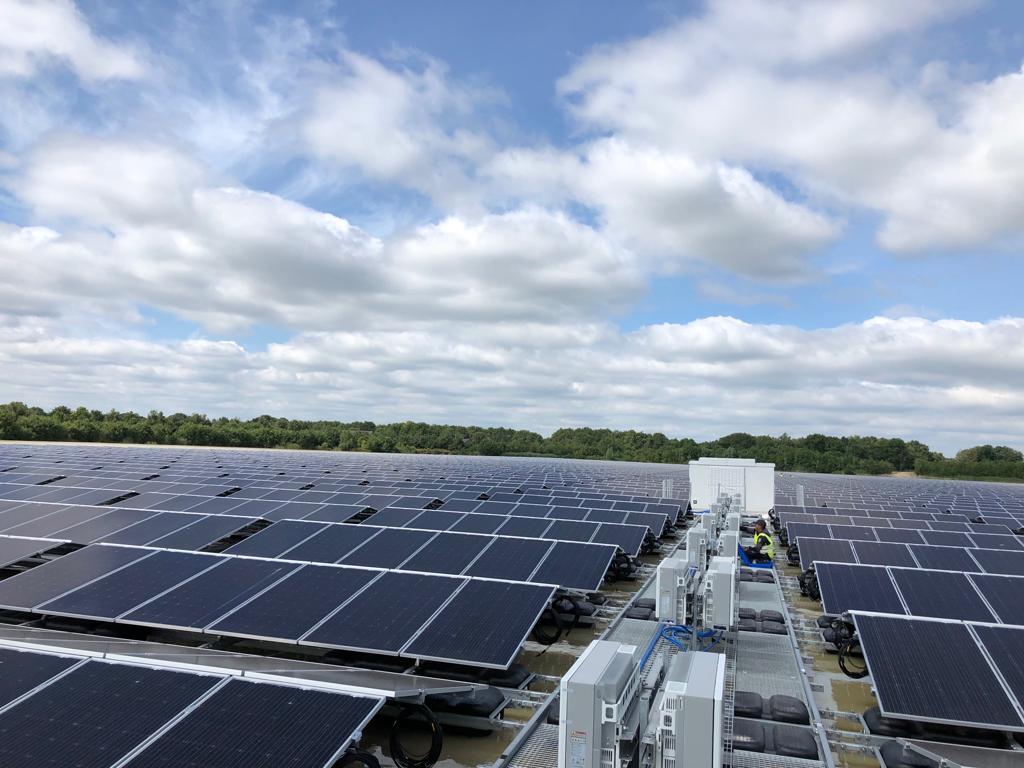 A standard Zim Float-System block can generate up to 2.5 MW of energy

All images are © Zimmermann