Did you know that … autumn tones add depth to Adro recreational centre?

When the mayor of Adro in northern Italy wanted to develop a new events building, he approached local steel fabricator Spinelli. Owner of the company, Giampiero Spinelli, suggested a corrugated steel for the building’s exterior with a very unique effect.

The steel is finished with a 45-micron, coloured Granite® PVDF coating which changes tone depending on the viewer’s location.

The shade used on the steel is known as Green Autumn and ranges in tone from green to brown. The unique effect is responsible for the name of the colour range, Cangiante, which means to change colour in Italian. “We have previously used ArcelorMittal coils with a ‘cangiante’ effect in the colour Blue Bay,” says Spinelli. “As with that project, we have achieved an excellent result in Adro.”

The steel and finish were produced at ArcelorMittal Avellino in the south of Italy. “The cooperation of ArcelorMittal was fundamental to the success of the colour,” says Spinelli. “They quickly delivered the sample and followed the order through to final delivery.” In total 20 tonnes of painted steel were used on the exterior of the building. The steel is coated to guarantee long life and many years of service to the Adro community.

The building will be used by local sports groups and for festivals and other events. Construction started in spring 2013 and was completed within six months. “It has already been used for several events and the municipality is taking bookings for the future,” notes Spinelli. 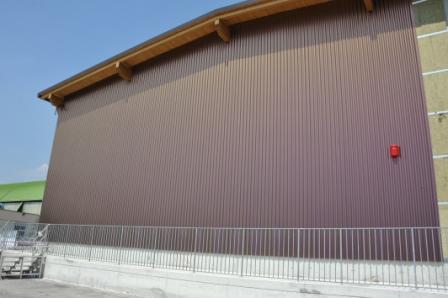 
Or find out more about Granite® PVDF via our product document centre: 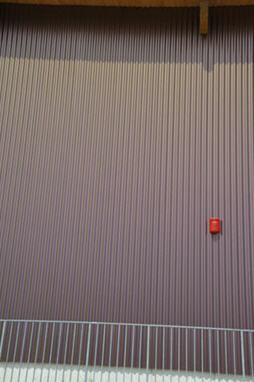 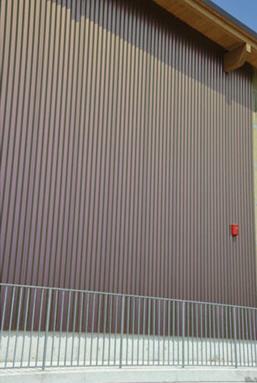 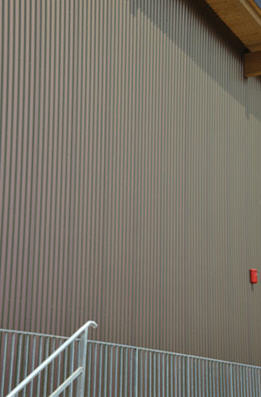 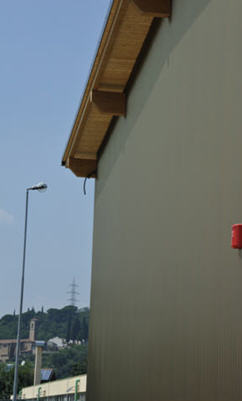