The complexity of corrosion mechanisms has made it difficult to establish norms and standards for solar steel structures in soils. Thanks to its extensive research, lab and outdoor tests undertaken since years, ArcelorMittal has proven that Magnelis® has a much more stable behaviour and a much better resistance against corrosion compared with traditional zinc coatings. The French Corrosion Institute has confirmed in December 2021 that Magnelis® behaves 3.8 times better than galvanised steel.

Atmospheric corrosion of metals has been studied extensively for years. However, for structure parts in soil, corrosion mechanisms are more complex and corrosion categories cannot be defined in the same way. There are also fewer norms and standards regarding soil corrosivity, as well as less literature and data.

Nevertheless, engineers need to reduce this uncertainty and evaluate the lifetime of their solar structures, be they exposed to harsh atmospheric conditions or rammed in soil.

To achieve this, ArcelorMittal has developed a deep knowledge of Magnelis® behaviour in soils through accelerated laboratory and outdoor tests, internally and in collaboration with external research centres such as the French Corrosion Institute.

Different types of soils, clayey, silty and sandy soils, with different corrosivity levels (evaluated by using the German standard DIN 50929-3 : 2018), have been used for these tests.

The results, after several years, confirm the improved resistance of Magnelis® vs galvanised steel: the rate of corrosion of Magnelis® increases at a lower rate, and with less dispersion of the results.

In December 2021, The French Corrosion Institute assessed the performance in soil of Magnelis® and concluded that, in the tested soils range, the average corrosion resistance of the Magnelis® in soils was improved by an average factor of 3.8, compared to continuous hot dip zinc coating. This factor has been calculated based on mass loss according to the ISO 8407 standard.

Depending on soil analysis, Magnelis® ZM430 (35 µm per side) or ZM620 (50 µm per side) are the minimal coating to be used.
The durability of rammed poles can be guaranteed by ArcelorMittal on a project basis and provided soil physical, chemical & electrical analysis have been performed. 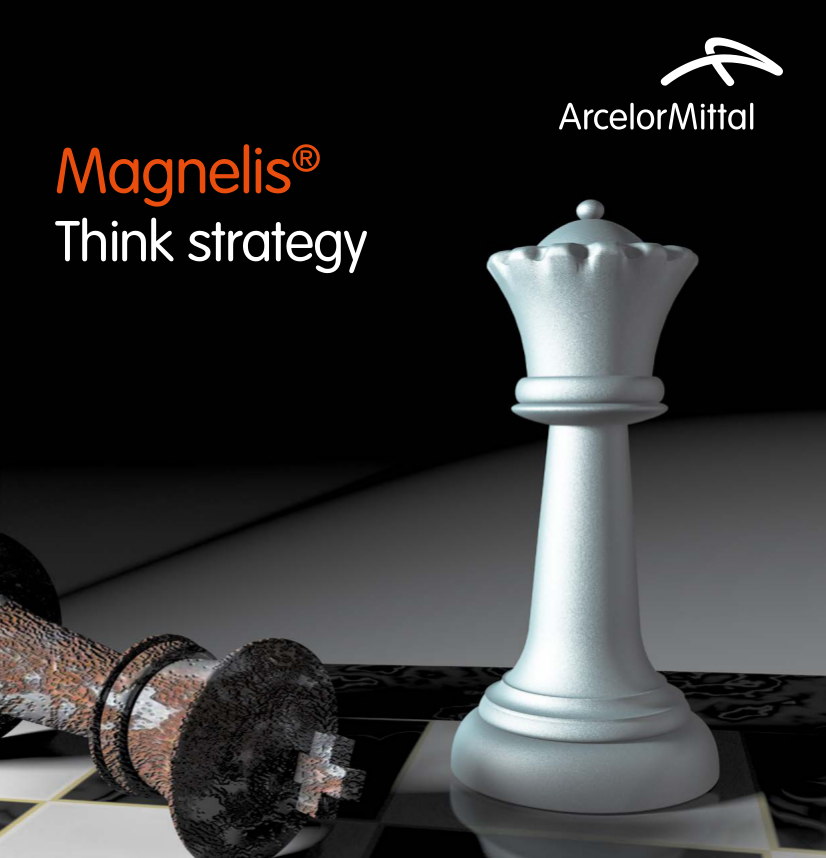